• Bratyslava has surprised us mosty in culinary terms • It is an ideal place for a weekend trip • You will eat the best breakfast in Mondieu Laboratorie or Urban House, however, Mondieu Laboratorie is much better. • Roxor is the place, where we ate one of the best burgers ever • Pleasent fusion of Asian cusine Soho • In Inonni Cremeria you will eat icecream like in Sicily • You should give Old Fashioned Bar a wide berth- a trap for tourists? • Savage Garden Restaurant- very good food and drinks, thus, prices are a bit high (main course- around 12-15 euros, drink- 6 euros)

In the following article, you will find out how we were taken in Old fashioned Bar, and what the best burgers in Bratislava look like :)

Interestingly, the flight from Warsaw to Bratislava takes only 50 minutes (you can buy tickets even for 60zl). We hadn’t known much about the capital city of Slovakia. We didn’t anticipate anything special. We set off in the unknown and wanted to be surprised. And we were :) Bratislava has turned out to be a lovely place, and despite being a capital city, we haven’t felt the’’ rush’’ distinctive for big cities. Harmony, calmness, simplicity- these three words best characterise the city.

The architecture is much more modest in comparison to Vienna, which is only 60 kilometers futher. There is no splendor, you won’t stop at every turn to admire buldings ans sculptures. Even the castle on the hill has simple construction, lacking any ornaments. Complete opposite of Vienna. Nevertheless, you will find here widing street, nicely lit restaurants. At 10 pm., all shops are closed, and the restaurants in the city centre can still serve food, however, you can get the feeling that it is not a very common practise. 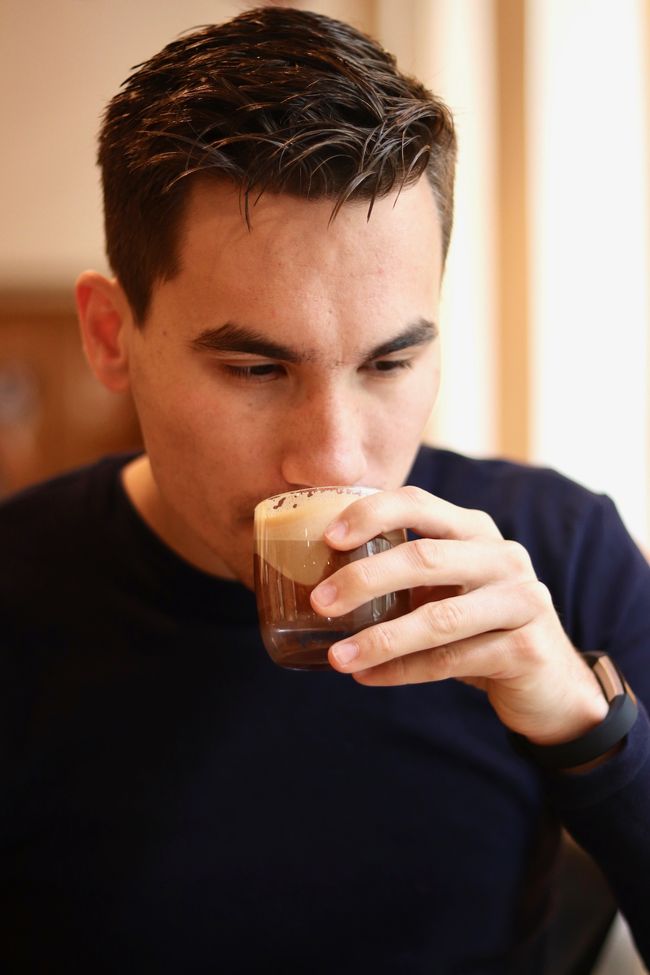 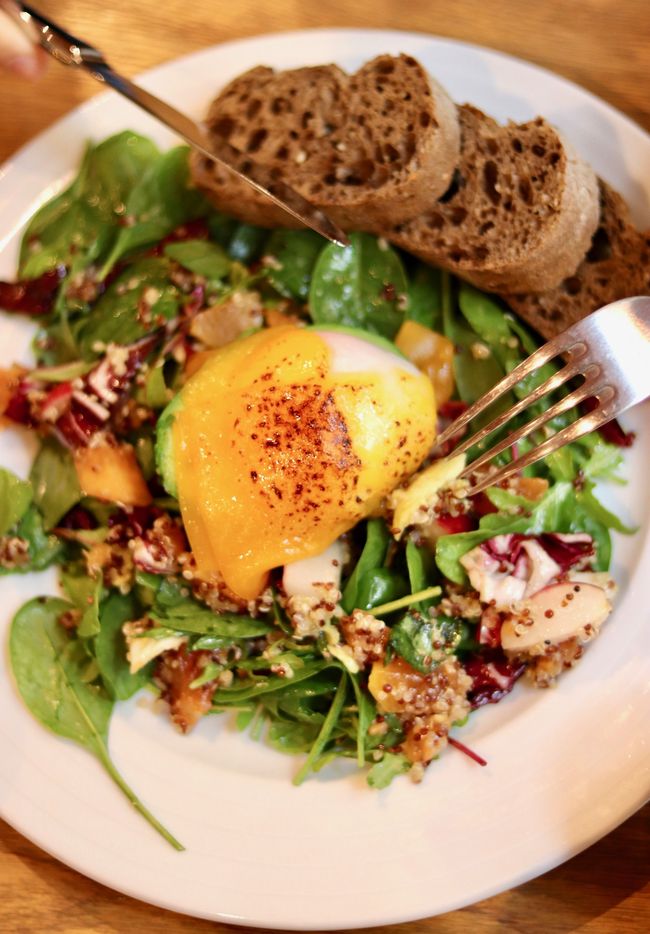 If I were to say what do Slovakians find important, it would be ‘’clear calmness’’. Slovakians aren’t noisy and they behave as if they stuck to the principle : here and now counts. During our stay, I saw more than once, couples stopping and kissing on the pavement. It didn’ t bother anyone. In the evening, the city is quiet, but romantic and intimate. 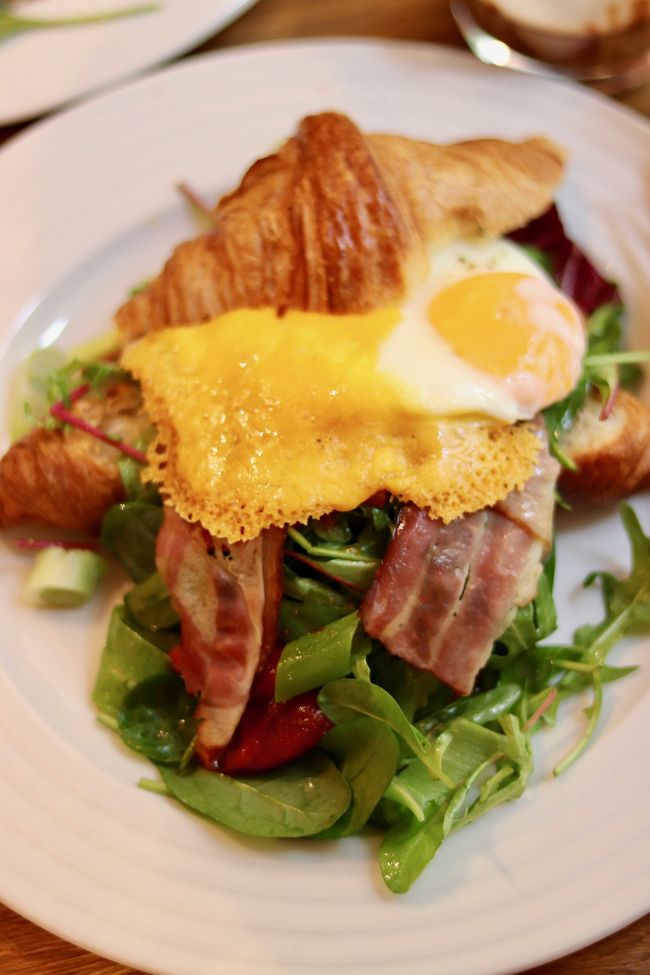 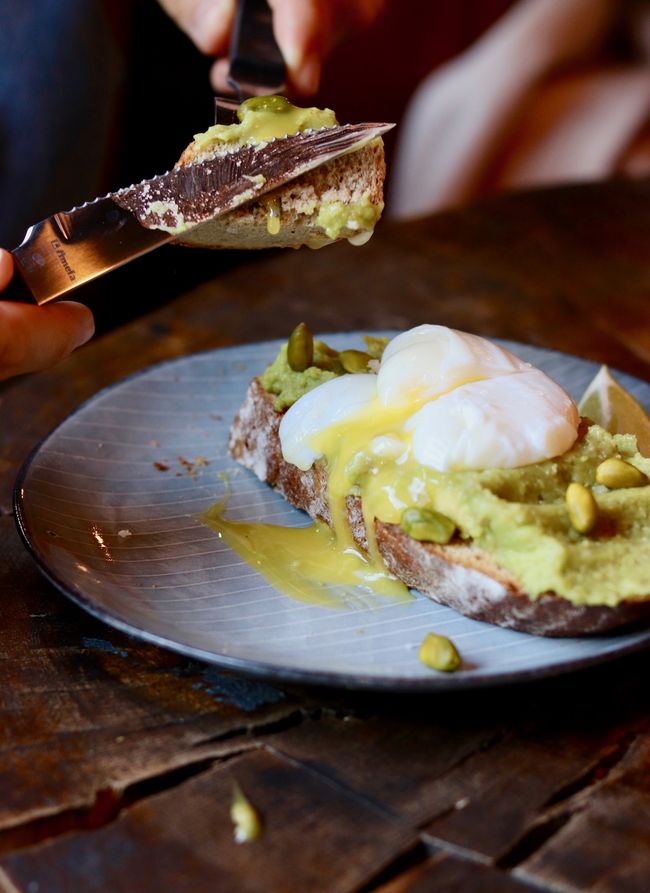 The culinary map of Bratislava is diverse: in the Old Town, you will find restaurants with traditional , Slovakian cuisine, but also other tates: traditional Japanese ramen, American burger, French pancakes and toasts. You can choose. Slovakians pay attention to interior design. Comfortable armchairs, fashionable accessories, pleasent music in the background- this is what you can find in the majoraty of restaurants. But first things first :)

For our first breakfast we went to Mondieu Laboratorie. It is a place in the centre of the Old Town. 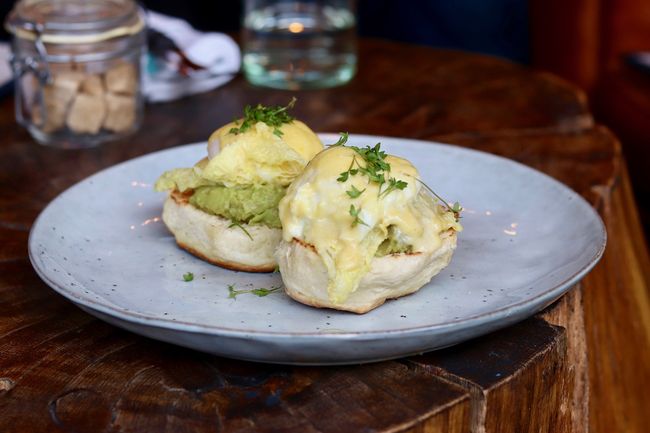 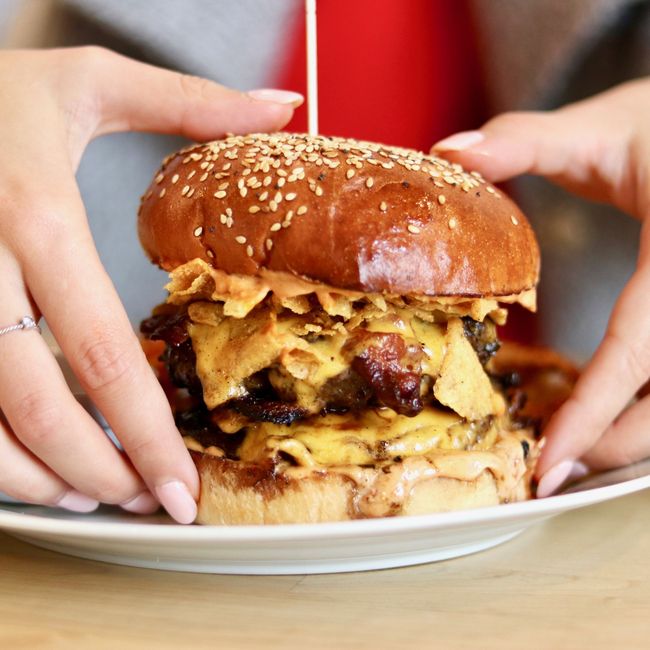 Until 11.30, they serve only breakfasts, and the menu is quite varied. I’m sure there’s something here for everyone. The average price for breakfast per person is from 5 to 7 euros. Coffe - 2,50 euros. The place made an impression on us. Firstly, the dishes are well prepared. The salads are well seasoned, bread is fresh, poached eggs with avocado are done perfectly. Filling, healthy and very tasty. 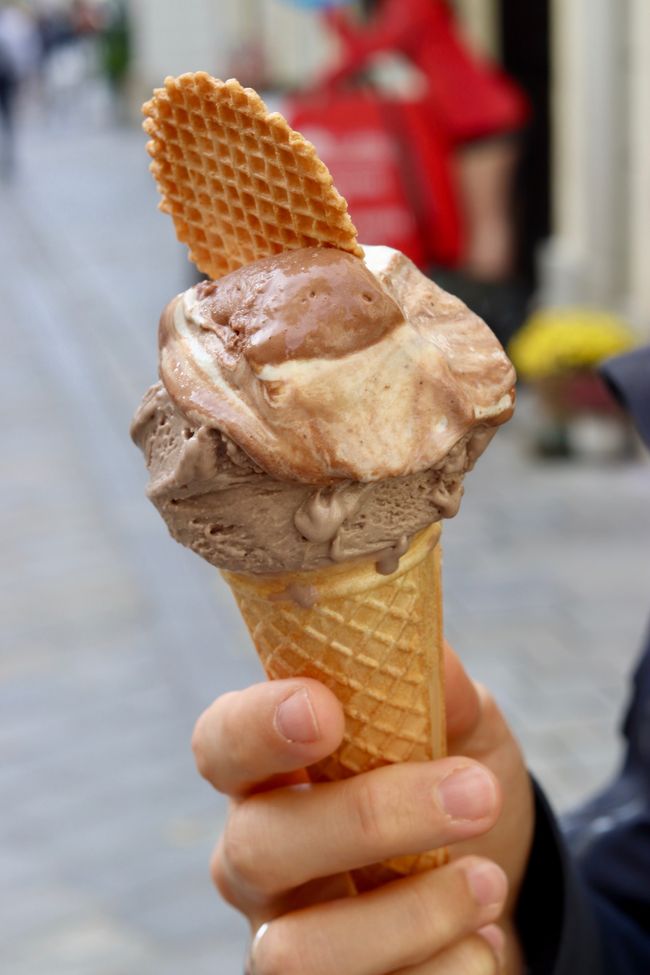 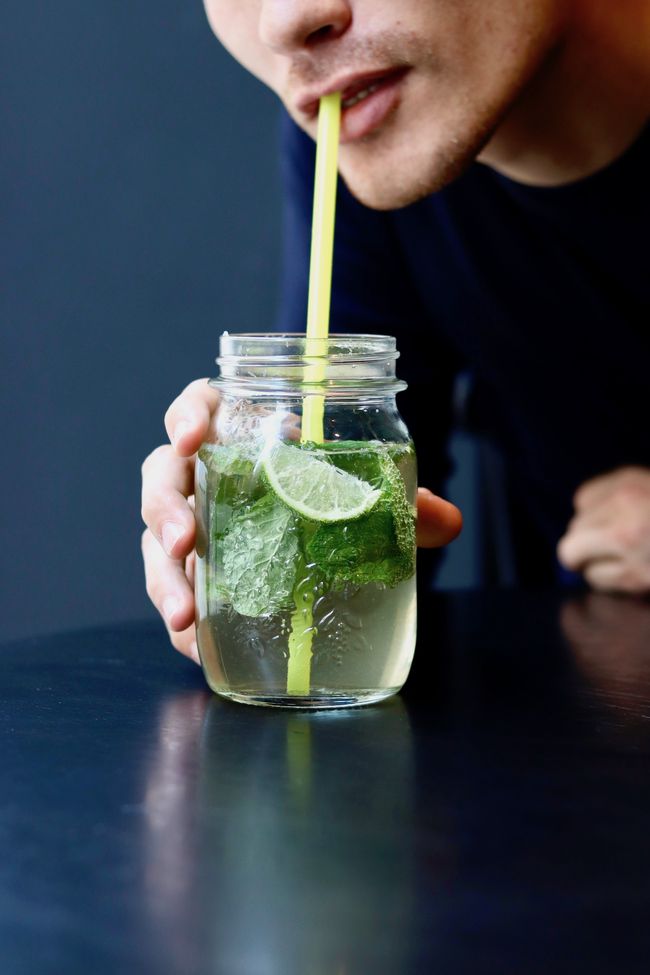 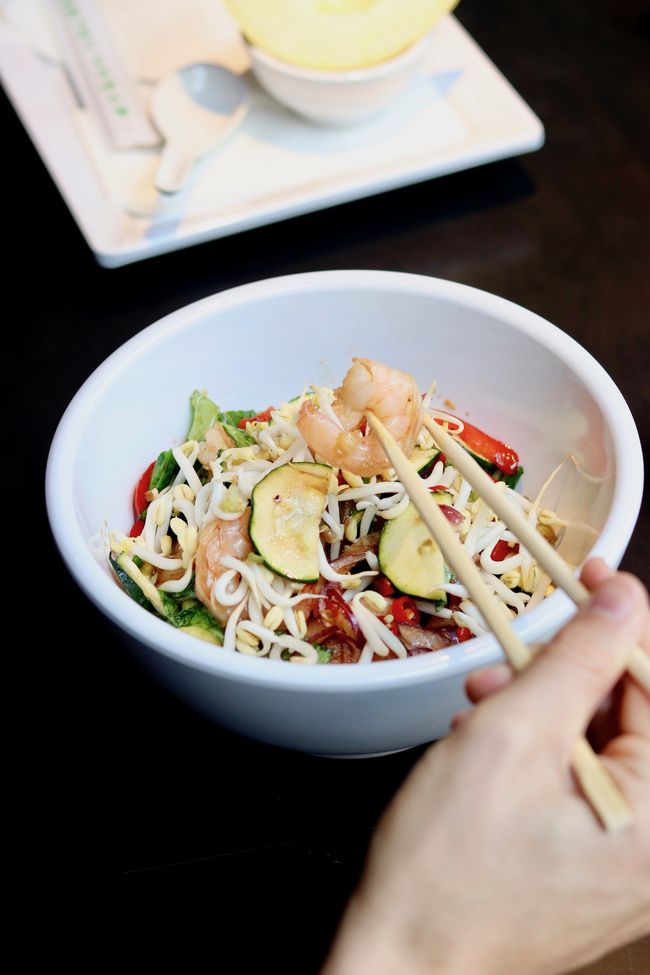 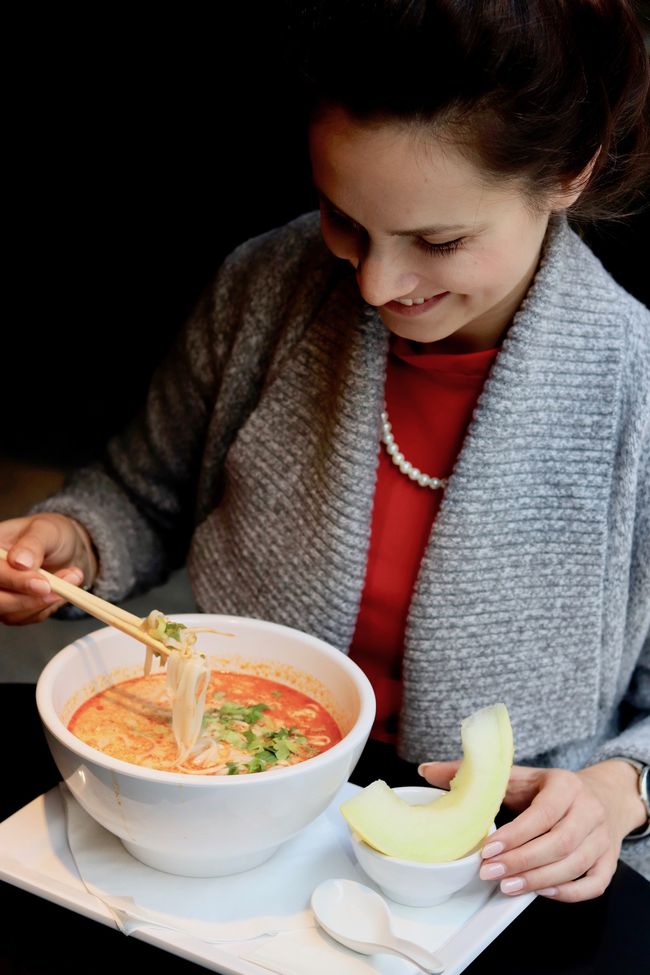 Urban House is another place famous for its breakfasts. Here are served typical breakfasts at the same price as in Mondieu Laboratorie, but the quantities, the speed and way they are served, doesn’t leave an impression as positive as in the previous place. Out of sheer curiosity, we ordered here the same dish : poached egg with avocado, bread and lettuce. By far, Mondieu Laboratorie was better. 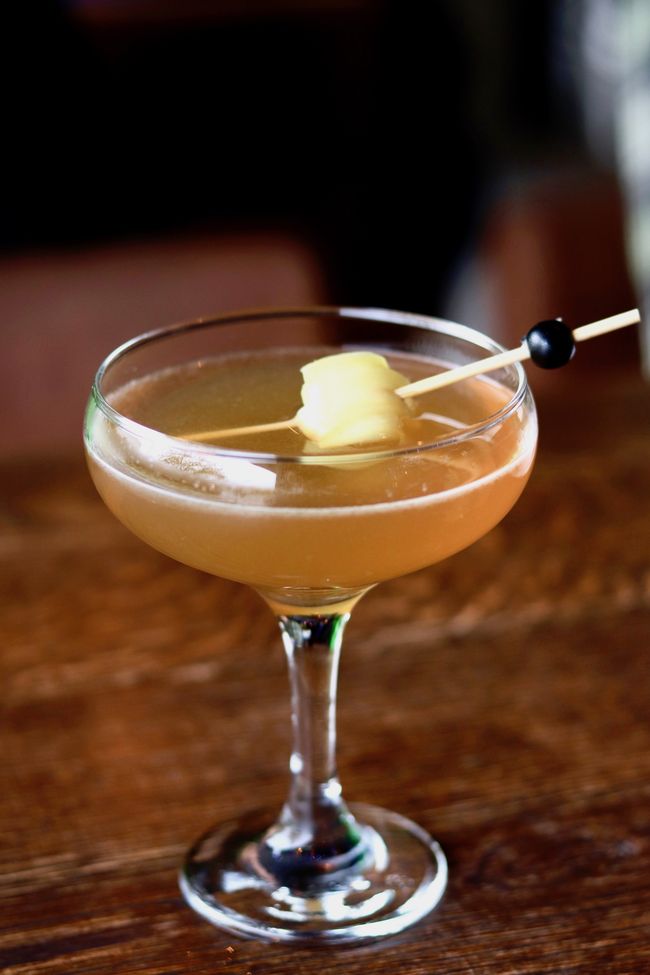 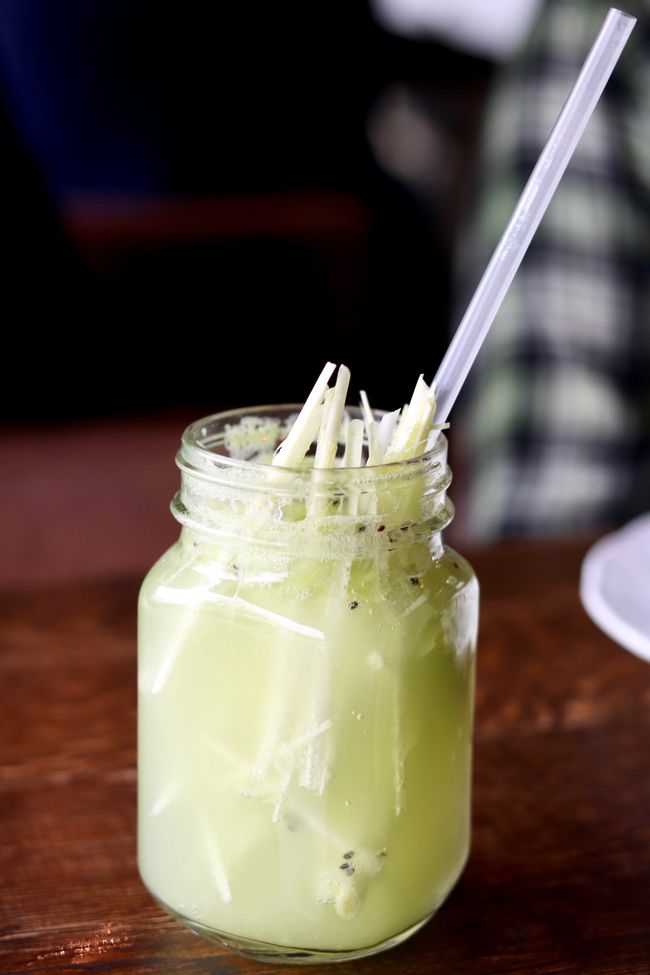 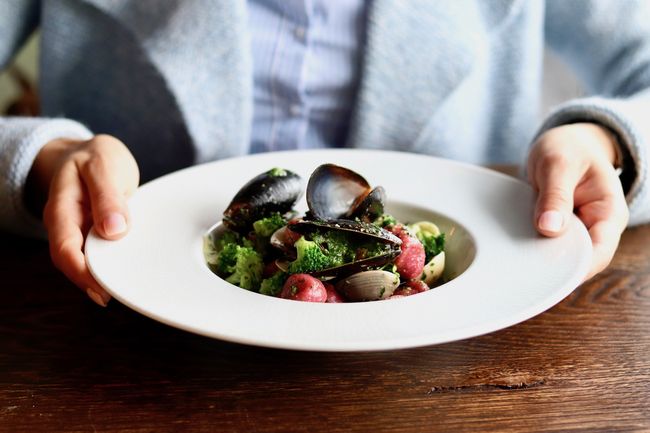 Next to Urban House, there is one of the best appraised pubs: Old Fashioned Bar, which, unfortunately, turned out to be a total disaster. The decor and the atmosphere were magnifice nt! Everything was tastefully decorated, however, the staff and the drinks themselves turned out to be disastrous. Every drink cost 10 euros !!!, and we weren’t able to drink them. We were under the impression that nobody knew how to prepare them well. It seemed suspicious, that the waitress wasn’t informed which drinks on the menu were ‘’sweet and sour’’, but we though that she might be new there and still learning. Still, once we tried those disgusting drinks, we knew that this place couldn’t have gained so many positive opinions in a ‘’normal’’ way. If the drink had cost 1 euro, I could have accepted that, but 10 euros was too much :)

As we know, in nature everything remains in balance. In Bratislava, I drank the worst drink, but I ate the best burger. Neither in Warsaw, in Washington nor in San Francisco do they serve such good burgers as in Roxor. Meat was seasoned perfectly, the bun was well baked, and those toppings, cheddar, becon and crispi nachos!It was such a taste that I sometimes still dream about it! I’m not a big fan of burgers myself and it was Bartek who suggested this place. But, the moment I took the first bite, my eyes must have been as big as 5 zl coins. As far as prices are concerned: for a typical burger you will pay 8 euros, for a double -12 euros. A portion of fries (those with smoked peppers- terrific) cost 2 euros. I can show youo nly one photo, because I was too impatient to take more :) In the video, though, you will have a chance to see more shots of this great burger. 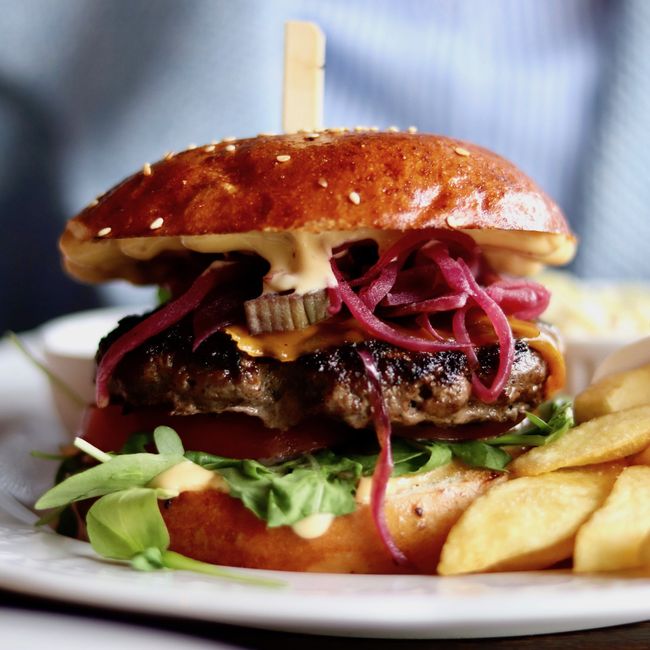 While in Bratislava, if you feel like having icecream (it doesn’t matter that it is the end of October :)) definitely go to Inonni Cremeria. The taste of icecream is similar to the one in Sicily, thus, in all honesty, we recommend this place. You have to take into account the fact, that it is possibile to pay by card only if the bill amounts to at least 5 euros. 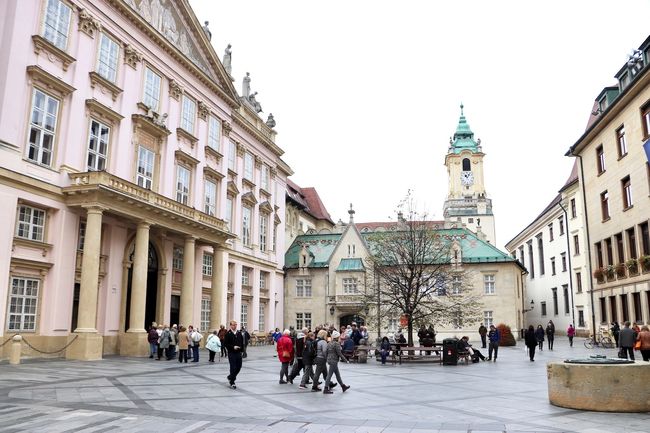 We were also surprised with Soho, a place which serves Asian cuisine. Minimalistic design, only few dishes on the menu: 2 soups, 8 main courses and 2 types of curry. The portions are huge, served in tasteful dishes, but the most important is their taste! Traditional soup with coconut milk , lemon grass, a leaf of lime and a suitable amount of peppers was absolutely perfect (7 euros)The main course ,which we tried, was shrimps with ginger and chilli, served with jasmine rice and fried vegetables (8 euros). An excellent dish. What we found interesting was the fact, that every dish is served with a piece of melon on the side, in case there is a need to soften the spiciness. 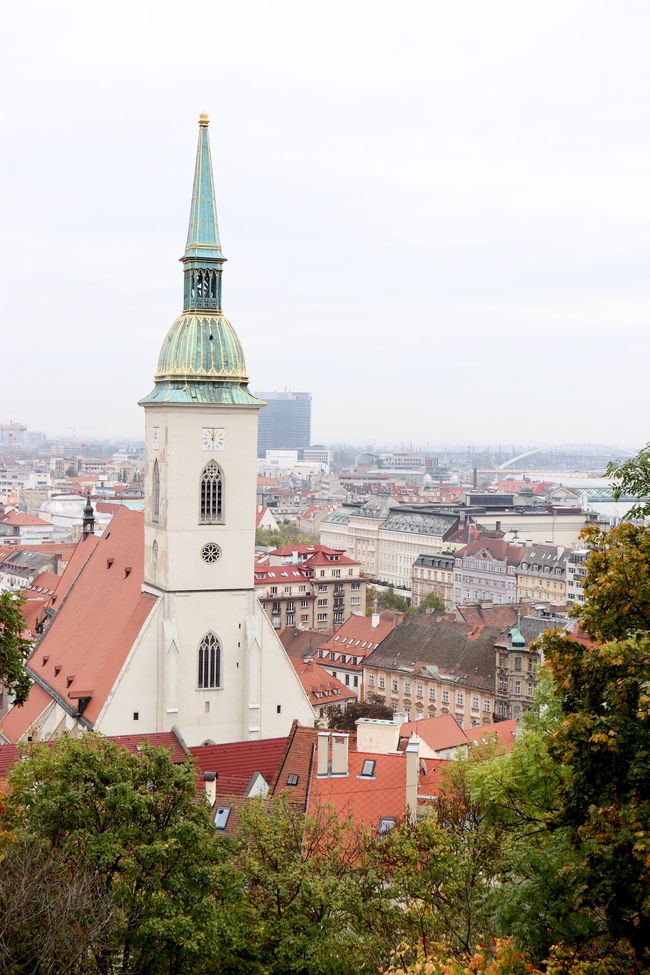 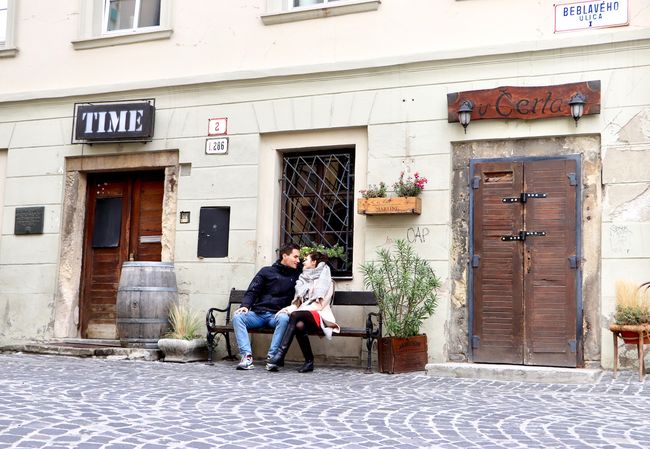 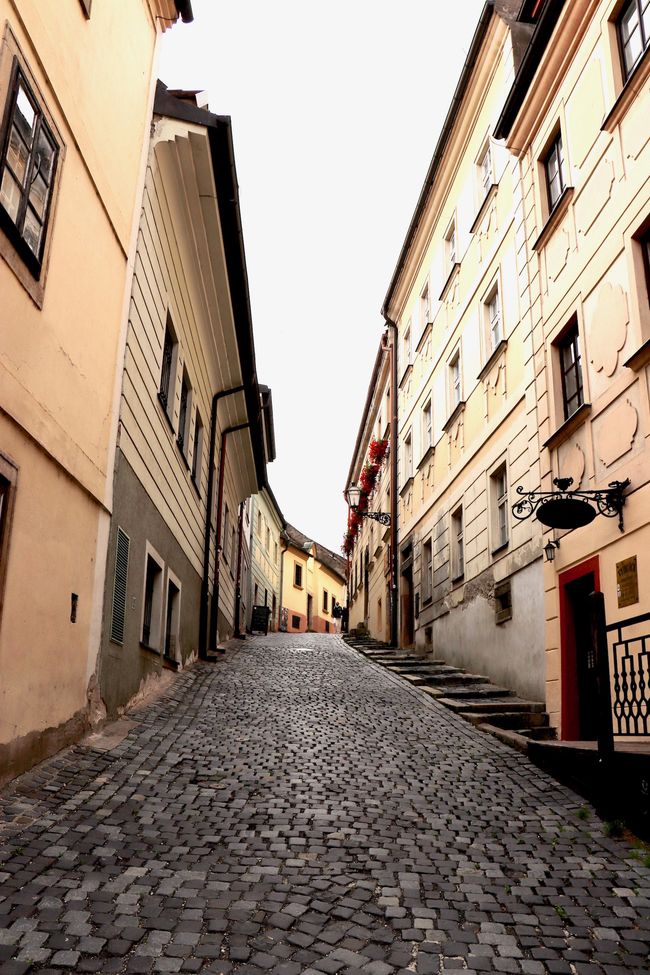 The last place worth mentioning is Savage Garden Restaurant, a restaurants, which serves very tasty dishes of a good quality, served nicely. Every dish is thought-through, with well selected ingredients. The prices are from 10 to 14 euros, hence, the restaurants isn’t the cheapest. For example, gnocchi with mules costs 12 euros and a burger with fries and coleslaw - 13 euros. A lemonade - 4 euros. You can visit the place only for drinks (6 euros) which are well prepared. 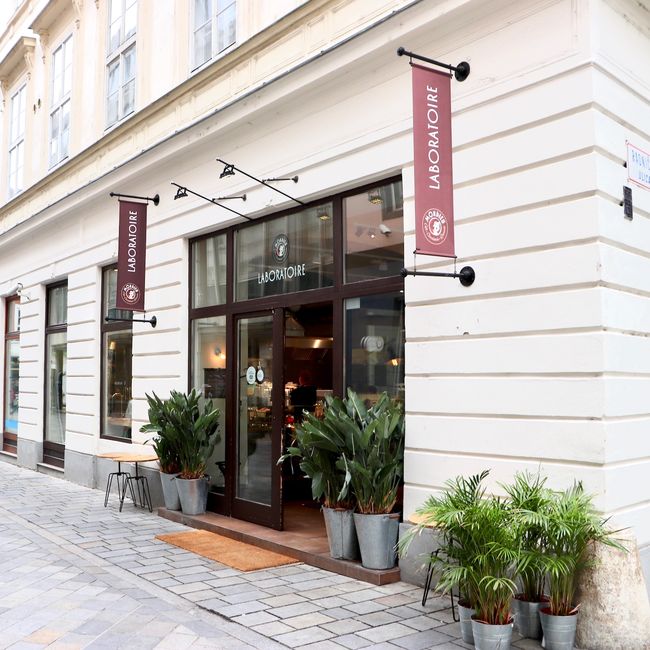 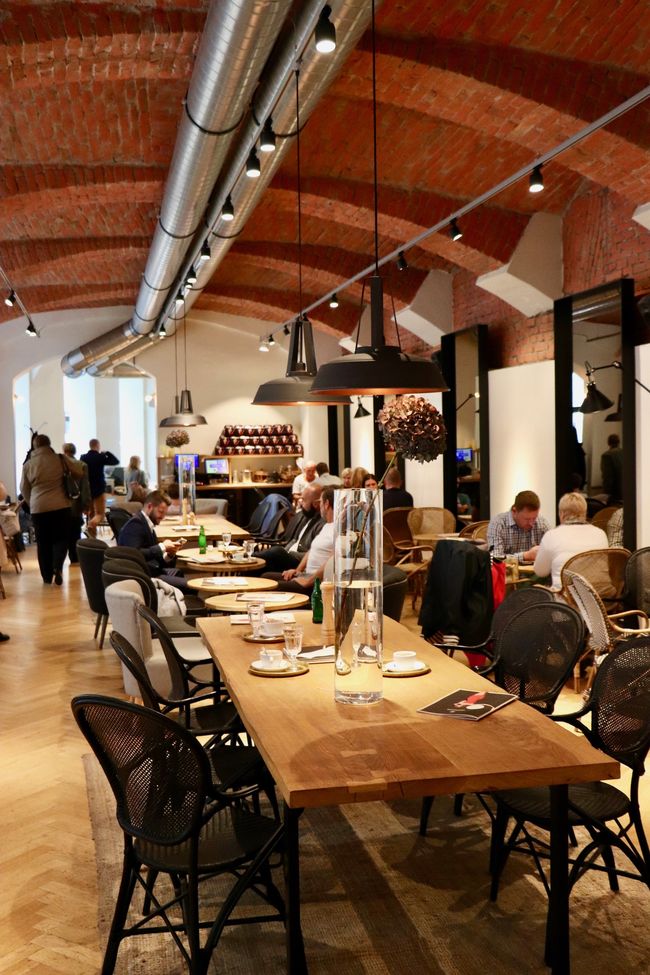 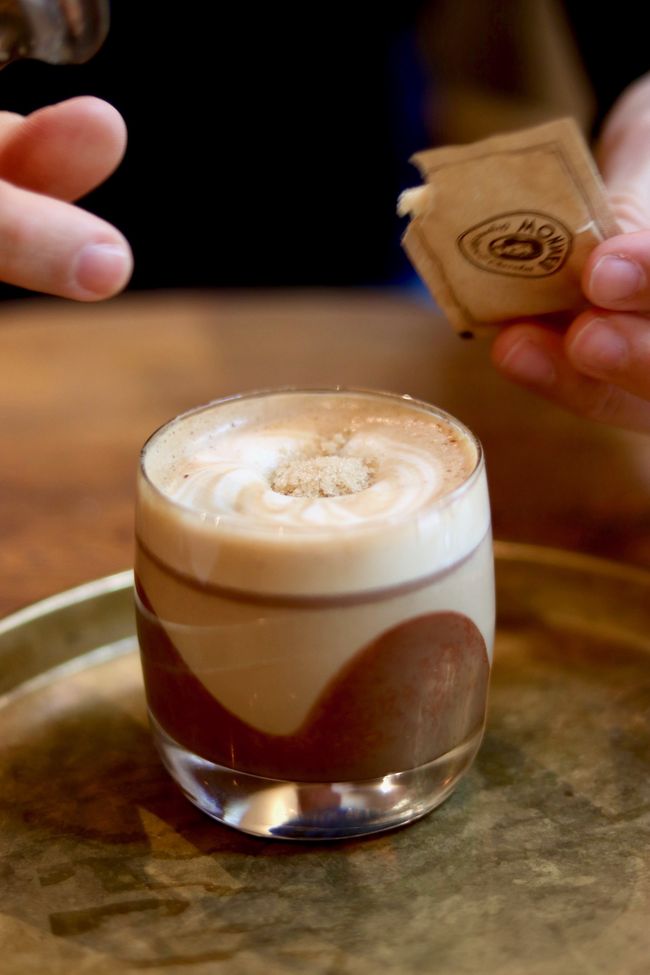 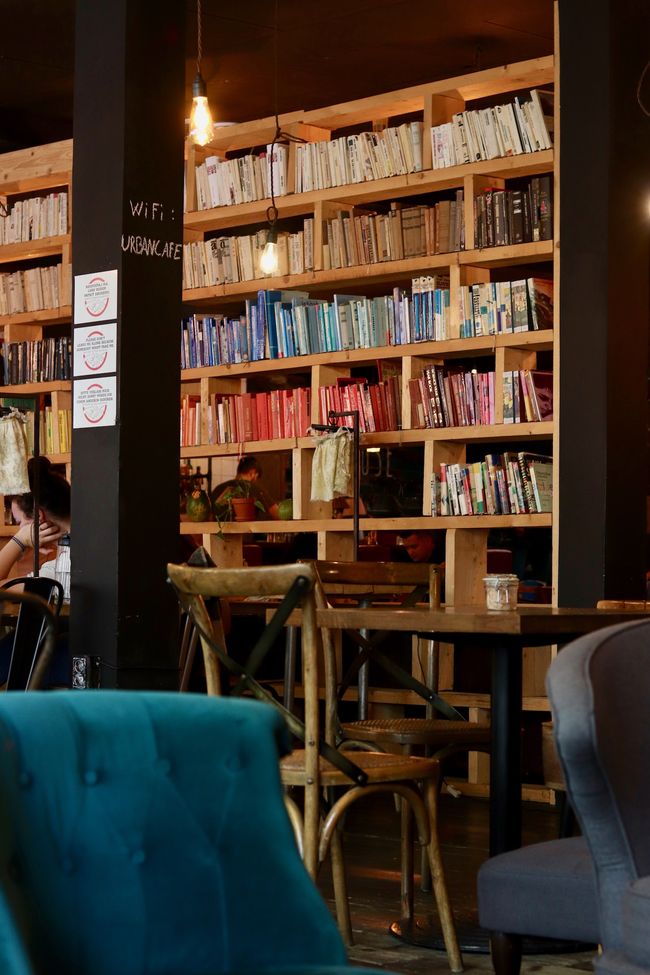 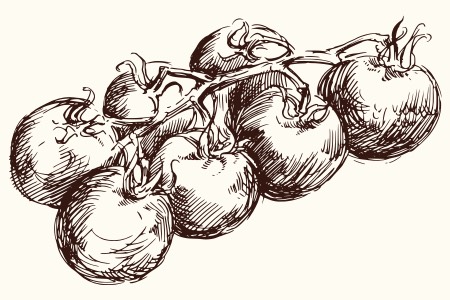 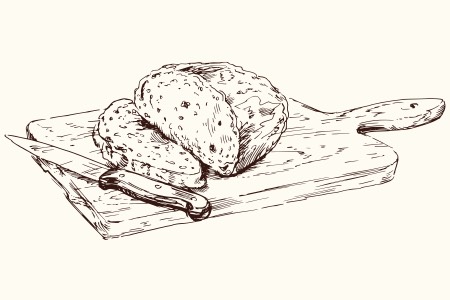 Cooking is my #1 passion. I love to collect cookbooks from different countries. Several times a year, together with my husband, we travel to discover new and unforgettable flavors. I can’t imagine my life without tasty and good quality food. 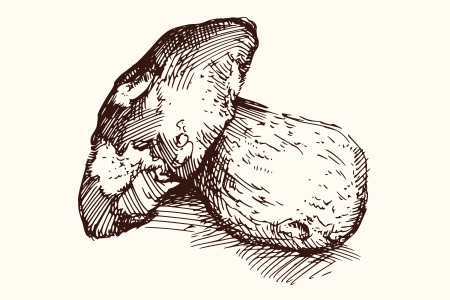 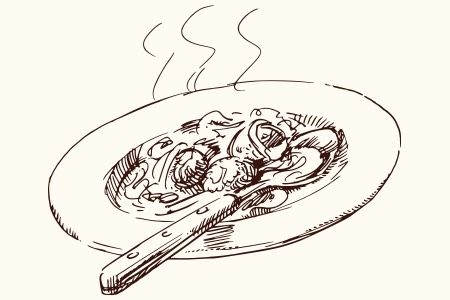